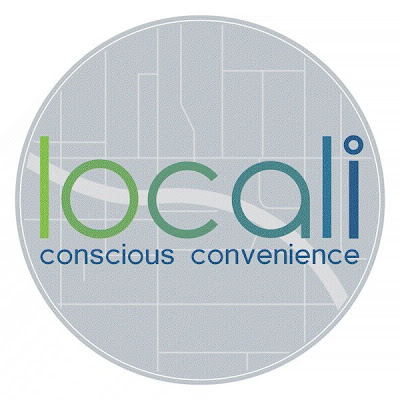 A new small-format, hybrid grocery and convenience-oriented store is coming to Hollywood, California. And the company hopes to create a regional chain of the stores throughout Southern California.

Locali Conscious Convenience, which is currently under construction, is set to open its doors this fall. The market, located at 5825 Franklin Avenue in Hollywood, seeks to make healthy eating and eco-friendly household necessities easily accessible to those on the go, says CEO Greg Horos. Roughly translated from Italian, locali means "community" or "where it's happening. "

According to CEO Horos, the small-format, environmentally-focused hybrid grocery and convenience market "will be a hip version of the mom and pop corner store. Locali will also be a place for people in the community to connect with each other and their food sources. There will be an emphasis on local and organic food artisans, producers and growers in the inventory line up. However, refined sugar, hydrogenated oils, high fructose corn syrup and genetically modified products will be missing from the shelves," he says.

"I like to describe it as the sustainable version of 7-11," Horos says. "We’ll have healthy and eco-friendly versions of the all the typical things you’d find at a convenience market…with the exception of cigarettes and lotto tickets…No clean versions of those," he added.

"We’re building (the store) to LEED (strict green building guidelines) standards and working with the city of Los Angeles to make sure we can supersede those standards as much as possible. We have a lot of terrific value adds for the community. I’m most excited that we’re offering exclusively organic and biodynamic wines and beers, too."

Besides the energy efficient building measures and appliances, Locali Conscious Convenience will also provide for the disposal of compost, in addition to recycling waste. A percentage of their proceeds will benefit a variety of local and international charities geared towards improving overall wellness, according to Melissa Rosen, a company spokesperson. The retail space is being designed by Los Angeles-based MASS Architecture & Design, Ms. Rosen says.

Locali Conscious Convenience is a unique hybrid concept, combining green retailing with small-format food and grocery retailing, natural and organic niche. However it's not the first or the only retail format of its kind in the U.S.

In June of this year we wrote and published this piece,"Retail Innovation Memo: The 'Econvenience Store' Will Be the Next New Thing, and is A Convenience Store Industry Green Retailing Trend in the Making," about Green Spot Market & Fuels, a hybrid small-format convenience and grocery store that opened in the Dallas, Texas region earlier this year.

In the story, Natural~Specialty Foods Memo predicted we would soon begin seeing other, similar format stores opening in the United States, calling the eco-hybrid convenience/grocery store an emerging trend.

Hybrid eco-convenience stores popping up all over

It appears we're on to something with that prediction. In addition to Texas' Green Spot and Los Angeles' soon to be Locali Conscious Convenience, we've learned a hybrid eco-convenience-grocery store chain named Good to Go ECOnvience Center recently opened its first store in Grand Chute, Wisconsin USA on May 1, 2008.

Good to Go, which like Green Spot and Locali Conscious Convenience also bills itself as "the first eco-convenience store in the U.S.," says it has plans to open 150 of the green convenience-oriented stores in Wisconsin, Iowa and Northern Illinois by the end of 2010, which is a very ambitious store opening program.

Good to Go says its stores also are built using LEED green building guidelines. The Good to Go ECOnvenience Center features a green roof with plants and sod that minimize absorption of sunlight that could heat the building and force overuse of its HVAC system; energy savings during the summer cooling season can be as much as 25 percent. The soil also acts like a sponge to absorb rain and reduce storm water runoff by as much as 95 percent after a one-inch downpour.

"When it comes to our customers, we haven't set out to change the direction the wind blows. Rather, we have adjusted our sails," said Angie Nikolas, vice president of neighborhood relations for the retailer. "We're very proud to bring 24-hour convenience that minimizes the impact we make on our environment.

"Similar to Green Spot and Locali Conscious Convenience (although each have unique aspects as well), Good to Go's focus is on selling healthier natural and organic food, grocery, beverage, snack and prepared foods items as part of its green theme.

In Portland, Oregon, a company called Full Moon Foodies is working on creating a chain of small-format hybrid convenience-grocery stores with a green and natural products focus.

"I got tired of having to hop into the car to drive to a mega-organic mart, fight for parking and waste time standing in long lines whenever I needed a few items," Ellisa Wee, the retailer's founder says.

According to the company, "the retail concept provides customers with a knowledgeable staff; a modern, upscale store design; multiple community-based urban locations; and extended hours past those of grocery stores."

"We're not trying to re-invent the convenience store or the organic/natural food concept, we're trying to make it more accessible," Wee says.

The Full Moon Foodie's aren't the only retailers looking to penetrate (or perhaps create) the eco-convenience grocery niche however. A company called SeQuential Biofuels, which operates numerous fuel stations throughout Oregon and Western Washington state, has created a natural convenience market, which it is locating on site at its many fueling stations. Those stations offer conventional gasoline, biofuels and other green technologies. Many of the eco-convenience stores are solar powered. The stores also buy used vegetable oil form businesses and consumers and then turn it into biofuel.

The small-format store, called the Natural Market, sells conventional, natural and organic snacks and beverages, along with a limited assortment of grocery items. It features fresh, prepared foods, along with fresh produce. The stores also sell beer and wine, putting a special emphasis on locally-produced brews and wines from the Pacific Northwest region where the stores are located.

All of the coffee cups and straws used for the store's fresh brewed organic coffee are 100% compostable. Additionally, the retailer says it picks each product to sell in the stores "based on where, how, when, and by whom it was made," "Every effort has been made to source local, organic products, a company spokesperson says.

Part of the small-format continuum

For example, while there are qualitative differences between Tesco's Fresh & Easy Neighborhood Market, which now has 86 stores in Southern California, Nevada and Arizona, and what these retailers are doing--chiefly that Fresh & Easy is putting more of an emphasis on being a primary shopping venue with a low price focus on selling basic groceries and prepared foods--there are numerous similarities as well.

For example, the Tesco Fresh & Easy format puts a major emphasis on healthy and natural foods, preparing its fresh, prepared foods without using artificial ingredients and colorings. Fresh & Easy stores also sell lots of natural and organic grocery products and are positioned as environmentally-friendly markets just like the hybrid eco-convenience stores are, along with offering craft beers and specialty wines like the hybrid eco-convenience-grocery stores are doing.

As part of this format continuum, you have small-format grocers like Trader Joe's with a specialty and natural products focus, and Safeway's "The Market" format which offers basic and specialty groceries in a more upscale environment on one end. In the middle you have Tesco's Fresh & Easy and the soon to open Wal-Mart Marketside, which are hybrid combination basic grocery stores and fresh foods markets. And at the other end you have the small-format, no frills stores like Aldi and SuperValu, Inc.'s Sav-A-Lot, which are deep or hard discount limited assortment grocery stores.

Sitting alongside these various small-formats on this continuum you have the traditional convenience store, the supermarket and the natural foods store. It's like taking a piece from each one; the sums becoming the whole (format).

You can add to this the new hybrid eco-convenience stores, which are combining the traditional C-store format with a mini combination grocery and natural foods store, while still including gasoline fueling stations which offer traditional petroleum-based gas but also are adding cleaner biofuels.

All of the formats are going after two things in the main: the time-pressed shopper who might be tired of shopping at big box stores, along with a share of that shopper's stomach. Each has a similar but different niche. But in one way or the other all are competing against one another for that share of the consumers' stomach, and in many cases her 21rst century "green" conscious as well.
Posted by Natural~Specialty Foods Memo at 7:12 PM